00:15 Mr Richards’ school district received an excellent score on their equity audit which pleased him as he and his wife believe in diversity, inclusion, and equality of opportunity.  But the report mentioned something about ‘whiteness’ and ‘antiracist activist training’  He didn’t know what that was so he asked the district about it.

01:30  The email back from the CRT trained associate principal was long, talked about equity quite a bit, indicating the district was looking to change curriculum for his elementary school children (ages 5 and 7), and implementing social transformation processes.  That sounded extreme to him and he didn’t understand because the report on the district on these matters had already come back positive.

2:15 He asked ‘what does this really mean?’ and couldn’t get a straight answer.  CRT trained associate principal kept assigning him readings to educate him on equity.  This is where he first encountered CRT.

3:00 In the assignments he learned the CRT definition of ‘equity’ is different than ‘equality.’   CRT defines ‘equity’ as EQUALITY OF OUTCOME.

3:26  Mr Richards received the syllabus for the ‘whiteness’ and ‘antiracist activist training’   He couldn’t believe what he was reading.

4:33 Robin DeAngelo, author of White Fragility taught students via assigned video lecture that all white people are responsible for white supremacy and that they are fragile as a result of complicitness in systemic racism and being racist.  Surprised this was being taught to students in his district.

5:04 District mandated CRT trainings using taxpayer dollars on school property for Diversity, Equity, and Inclusion given by hired trainers / consultants.  One of the things taught by these trainers was to interrupt people and not allow them to speak.  They were literally training teachers to interrupt.  Interrupt who?  Ultimately it was Mr. Richards.

7:10 Mr and Mrs Richards wanted to donate an entrepreneurial center for the district.  Went to a PTO (parent teacher organization) meeting for the first time to propose such a center for the elementary school.  During the meeting another parent mentioned that they were against a house bill in the NH legislature which Mr Richards knew a little bit about since it focused on CRT.  Until now, he hadn’t been a very political person.  He would show up and vote but that is about all he would do.

8:22 Several people said they were against the bill but since he had read this bill after learning about CRT, he thought it would actually be a positive thing, so he said so in the meeting.  He thought it would prohibit racism and discrimination and treat everyone equitably.

9:28 Someone asked him later during the meeting why he was for the bill.  “What are your reasons?”  While he was explaining his reasons, a CRT trained administrator from the district said “I am interrupting you!  You are not allowed to talk.  People like you are not allowed to do what you are doing.”  “I have been trained to interrupt you!”  She said these words several times.

10:00  He said “What do you mean you have been trained?  This is a democracy. I’m able to speak. I’m a parent.  I’m concerned.  Part of the educational process is spirited debate at which time the she (the CRT trained administrator) shut me off again and said ‘YOU ARE NOT ALLOWED TO SPEAK!”

12:10  Since then he learned about a DEI Committee that had been meeting in private with no minutes.  When he joined a DEI meeting via Zoom he was told it wasn’t a public meeting.  Asked about the structure but couldn’t get an answer.  They had been meeting for a year and a half and yet they were putting forward trainings that were resulting in all the things mentioned earlier.

14:25  He learned that NO ONE in the community is reviewing the trainings prior to their deployment (to either the staff or the kids).  Literally this CRT firm has been hired, no one has proper approvals for governance as part of this process and nobody is reviewing what they are doing.  So, he filed a formal complaint with the district and with the state.

15:10  He asked the district to halt the trainings, reprimand the individual involved, and asked for an apology and for the district to condemn her behavior.  Nothing has happened.  In the meantime, he learned from others in the community that he is being called a white supremacist and that he is a racist.  He and his family’s life has been turned upside down.

16:32 Mr Richards talks about how on his football teams in high school and college he loved “going to war with his brothers” of all different colors and about how before he met his wife he had two serious girlfriends, one was black, the other Chinese.  The interviewer interjects that it is incredible in this day and age that he even has to explain that. “I never even thought about the fact that they weren’t white.  It didn’t matter to me, it doesn’t matter to me, and it shouldn’t matter to anybody (what color someone’s skin is).”

17:30  Mr Richards states: “This is CRT’s playbook.   CRT is designed to divide us….to put us into groups of oppressors and oppressed and to get people to dislike, be jealous, or to hate each other.  That is what CRT is designed to do.  What we should be doing is coming together as Americans.  We are all brothers and sisters in this great country of ours to identify and solve the problems that exist.  CRT doesn’t do that.  It only seeks to make things worse.  We can solve these problems – we have been solving these problems for the better part of the last half century.  Just given the opportunity to come together I’m confident we can.  But people like me who have some ideas on how to fix some of what is going on out there have to be allowed to speak.  Because with CRT as soon as you say you have a different opinion or a different approach, you are silenced, and that’s wrong.”

18:30  Concluding remarks: “For those who are encountering CRT for the first time may not even know it.  CRT comes cloaked in this seductive language of Diversity, Equity, and Inclusion which are good words.  We all want that and it draws you in.  Before you know it, it plants these seeds.  So, I think people are well intentioned but they need to be educated.  They need to understand where this train goes.  It is a dark, dark place and we need to stop it now if we want to do the things in our hearts I know we really want for this country.”

The document below, referred to in Dan Richards’ commentary, is a syllabus of a course being given in SAU70 (Hanover, NH) 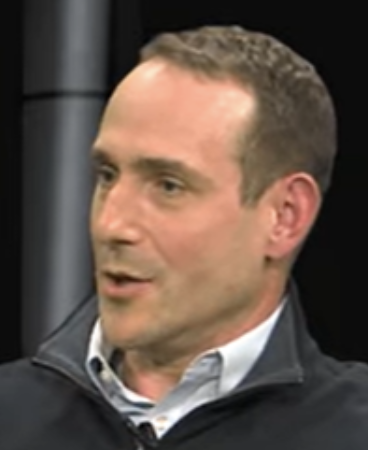