“I am here to advocate for kids in the district who have experienced political discrimination due to an environment cultivated by certain politically biased teachers.

“I have gotten to know Mr. Corey over the past year due to my work with him on the DEI Committee.  Wherever you fall on the political spectrum, I want the community to know that we have a Superintendent who cares deeply about our kids.  At the Hollis school board meeting in May he spoke about adults initially coming forward with the idea for DEI in our schools and how there was so much going on at the time with COVID and reopening schools that he put a low priority on the issue.  But when students came forward and met with him and talked about their experiences he elevated the issue to high priority and we have had a healthy and at times vigorous debate and discussion in the community as a result.

“Part of our discussions on the DEI committee revolved around political bias and in some classes political indoctrination and intolerance particularly for conservative views.  If you want to read about that discussion, it is posted on the SAU website under Administration, Superintendent, DEI Committee reports Nov 5, 2020 Meeting Minutes.

“At the COOP meeting one speaker read anonymous testimonials from students at the high school describing political intolerance, indoctrination, bullying by fellow students, and an atmosphere of intimidation from some teachers.

“Recently, the testimonies of students, teachers, and parents were posted to the AboutHollis.com website.  Click on the Testimonies tab to read what has been going on in our schools.

“After learning about these testimonies, I approached Mr Corey.  Appropriately, he said there wasn’t much he could do about anonymous testimonies.  Parents, teachers, and students needed to come and talk to him.  I told the people I knew who were associated with AboutHollis.com that unless they put names to the testimonials they weren’t going to impact what is happening in the district.

“Mr. Corey promised confidentiality and even wrote me a note for the students promising that he wouldn’t use their names but was very interested in hearing their stories.  The same offer is open for parents and teachers who are hesitant or fearful to come forward with their stories.

“Mr Corey can be trusted.  He will keep your story confidential but you must have courage and come forward.

“Parents and some teachers started coming forward to affirm what is on AboutHollis.com, but the fear of these students was so strong that they still wouldn’t come forward.

“In our community FB pages, AboutHollis.com links and articles were censored and deleted.  Left leaning community members openly asserted the testimonies as fiction.  The Hollis Brookline Journal letters to the editor had a message from a community member which said that AboutHollis.com was “full of misinformation and boilerplate conspiracy theories, buttressed by unattributed hearsay, and clearly intended to generate misplaced outrage over a non-existent “problem.”

“This letter to the editor finally generated the motivation for students to come forward.  Their lived experience is real.  Their fear is real.  And instances of being bullied for their political beliefs is real.

“Several have now spoken with Mr. Corey and two of them asked me to attend the Zoom call.  Their stories would make anyone in this room numb if your child had gone through what they have gone through.  They affirmed what was on the AboutHollis.com website, wanted to put their names to the testimonies but Mr. Corey asked them not to do that based on experiences he has had with students making statements in public and the toxic responses from some adults.

“Mr. Corey, will you please give a voice to these students and affirm that you have met with them as well as some parents who have affirmed their testimonies?”

Mr Corey audibly affirms meeting with the students who provided the testimonies and hearing that they wanted to put their names to their previously anonymous testimonies. 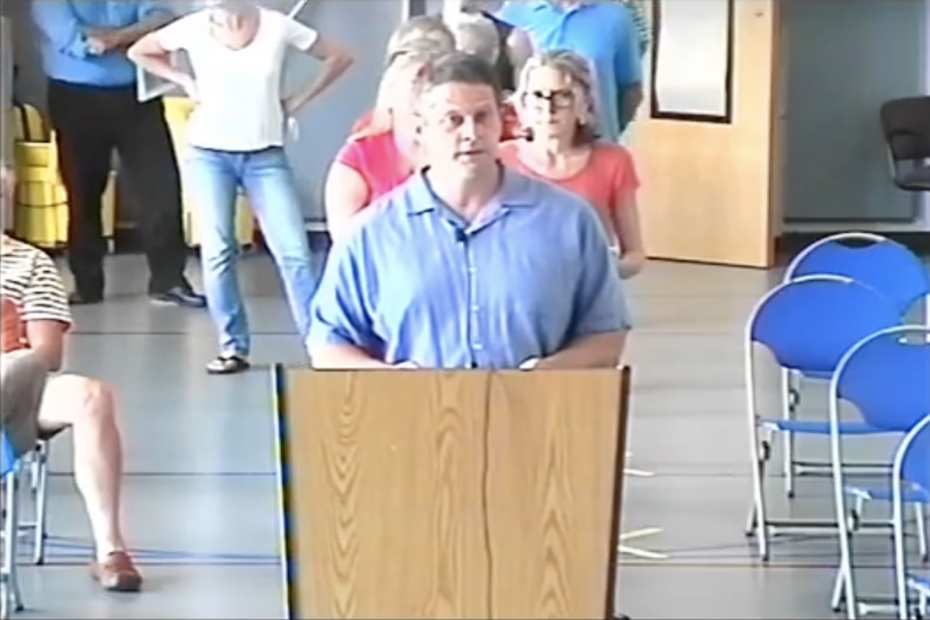